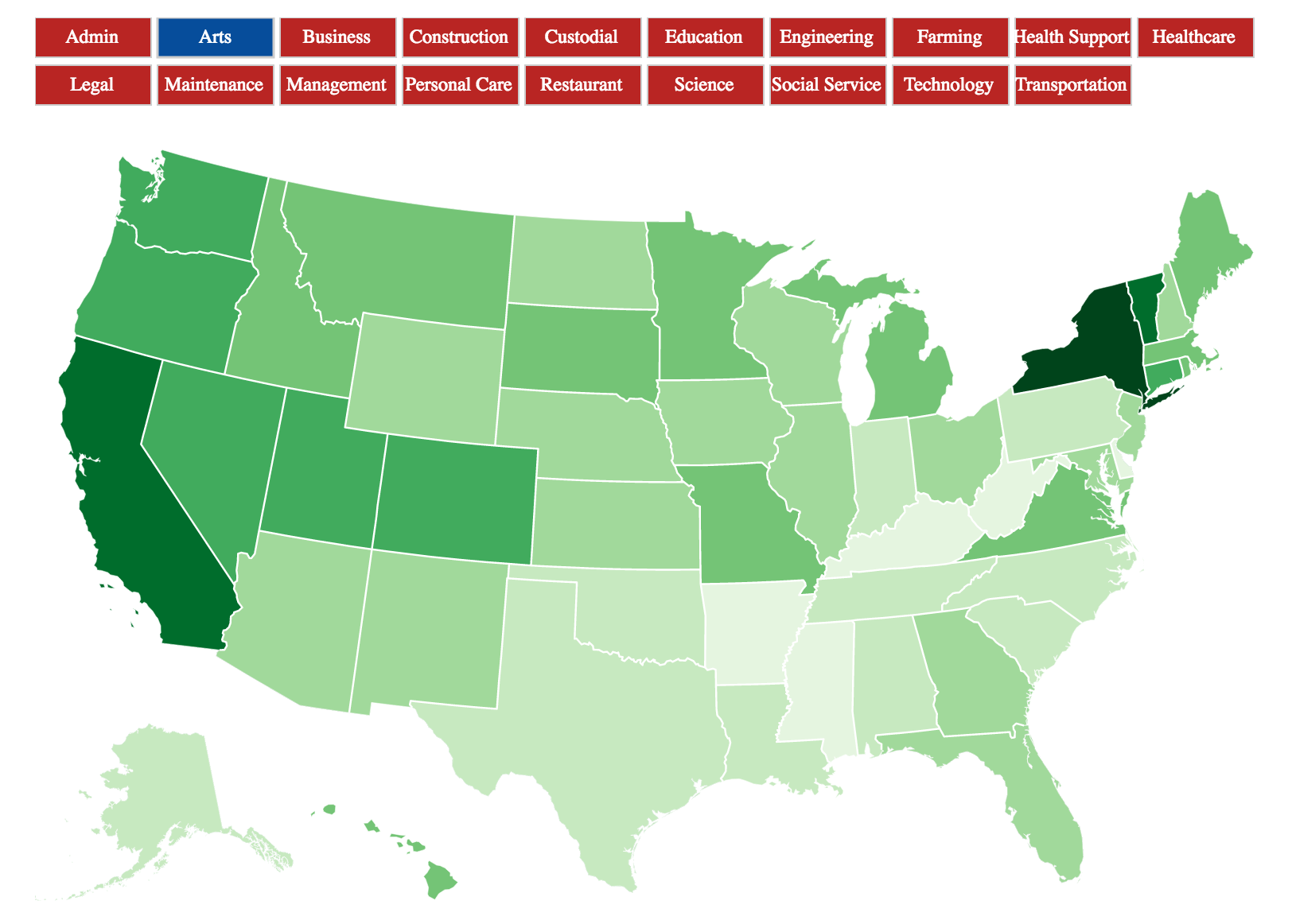 How jobs are concentrated across the US

The United States is an economic powerhouse. In 2016, the economy totaled almost $19 trillion, a number greater than that of the entire European Union even though the US has less than half the EU’s population. While the reasons for the country’s economic success are complex, one of the most critical factors is the specialization of regions. Almost everyone knows that Los Angeles, California is a hub for burgeoning actors, the finance industry is concentrated on Wall Street in NY and that tourists flock to Las Vegas, Nevada and all parts of Hawaii. But did you know that Virginia is a tech hub, Michigan has the highest relative concentration of engineers and West Virginia has more than its fair share of healthcare practitioners?

We didn’t either, which is why we mapped how jobs are concentrated across the US.

How the map works

Click the industry you want to explore and hover your mouse over your state to get started.

After you’ve checked out the map, take a look at some of the most interesting highlights.